The Beaver Dating Service by K. A. Laity.

It's a hard business getting beavers together, says Beaver Dating Service founder Celia Underhill. And she should know. Celia's been in the beaver business practically since birth.

"Nothing as stirring as the sight of a beaver with a big log clamped in its mouth," she says with a sigh.

Why a dating service? Doesn't nature just take care of its own?

Celia shakes her head. "You'd think that, but while it is natural for a beaver to go out in search of wood, they don't always get together with other beavers."

"Lodge culture has a strong hold on the beavers," Ned adds. "But you kind of have to know where they are and they can be difficult to get into. You need to know the right beaver."

"Having a big paddle helps you get noticed," Celia explains, showing off the pictures of some of her best clients. "This one's been in films, too. Nothing attracts a beaver more than a big paddle."

Ned shows his expertise on beaver oil and can't say enough about their webbed feet. They are amazing swimmers. "And let's face it, there are few sights more appealing than a nice wet beaver."

But society still frowns on the BD. Neighbours objected to the discreet sign for Beaver Dating on the front of their house. "We made it as small and tight against the frame as we could. Didn't even spell out our names, just used our initials."

"They called us obscene!" Celia said, with righteous indignation. "The world needs more beaver awareness." She strokes the lovely brown beaver in her arms. "Look at the size of those teeth. This is one beaver who can take care of herself.

Society may mutter about propriety, but it's clear that Celia and Ned are doing a booming business. Beavers are lined up outside their door.

"See you next Tuesday!" Celia chirps, as she waves goodbye to another happy beaver.

Email ThisBlogThis!Share to TwitterShare to FacebookShare to Pinterest
Labels: K. A. Laity, The Beaver Dating Service, the laughter shack

The Crocodile of Corfu by Strachan McQuade. 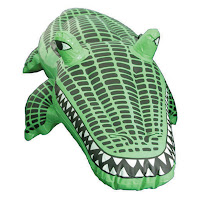 There I was on holiday in Corfu, enjoying my sixth rum and coke beside the swimming pool, when the crocodile spoke to me. Not a real crocodile of course. It was a bright green inflatable toy that some kid had left beside my sun-lounger. Being in the holiday spirit, I’d been admiring it’s cheeky grin and probably encouraged it by smiling.

‘Yeah, having a great time. Thanks for asking.’ I wondered if I ought to cut down on the drinking. During the day at least. ‘What about yourself, Croc? How’s tricks with you?’

The crocodile sighed mournfully. ‘To be honest, I’m feeling a little deflated.’

‘Sorry to hear that. Anything I can do to cheer you up? I’ve few good jokes that’ll make you laugh.’

‘No, I really am feeling deflated. I’ve a slow puncture and getting all soft and flabby. Not a good state for a respectable inflatable to be. Listen, I hate to ask, but you couldn’t see your way to giving me a quick top-up could you? A couple of big puffs should do the trick.’

The rum had made me mellow and I was happy to oblige. ‘No problem. Where’s your valve?’

‘Underneath. If you turn me over you can’t miss it.’

I flipped the crocodile on it’s back and sure enough the rubber valve was sticking out prominently. Pulling off the cap, I sealed my mouth around the opening and blew as hard as I could. The crocodile gasped in what sounded like intense pleasure.

I removed my mouth from the valve and bunged in the cap, before hastily turning the beast back onto its stomach. My face was burning with embarrassment. ‘Why, you sneaky plastic …….’

The crocodile apologised. ‘Sorry about that. Honestly. Don’t know what came over me. Maybe it’s the heat. You’ve no idea what it’s like lying here all day in the baking sun. I know I shouldn’t ask, but could you help me out one last time?’

I shouldn’t have listened, but there was a note of pleading in its voice that tugged at my heart strings.

‘I’d appreciate it if you could put some sun lotion on my tail. You’ve no idea the agony I’m in.’

So like a fool, I poured a generous dollop of sun cream on my palm and smeared it back and forth along the creature’s tail.

‘What the fuck are you doing with my daughter’s crocodile?’

I looked up to see a beefy, red-faced man with tattoos, glaring angrily down at me.

‘Fucking pervert,’ he yelled as he pulled me off my sun-lounger and threw me head-first into the pool.

As I crawled gasping to the side, coughing up chlorinated water, I could see the crocodile grinning at me and too late remembered the old saying.

Never smile at a crocodile……..


Strachan McQuade is a retired Church of Scotland minister who enjoys cribbage, pipe-smoking and sausages in any conceivable combination. In his younger days he was a highly ranked shinty goalkeeper but missed out on representing his country at the Shinty World Cup due to an scandalous dalliance with royalty at Balmoral. To this day Prince Philp still refuses to play croquet with him.

He is is the author of the much admired shit-lit opus 'Invergallus' which is available from Amazon Kindle and several handpicked thrift shops.

Email ThisBlogThis!Share to TwitterShare to FacebookShare to Pinterest
Labels: Strachan McQuade, The Crocodile of Corfu, the laughter shack 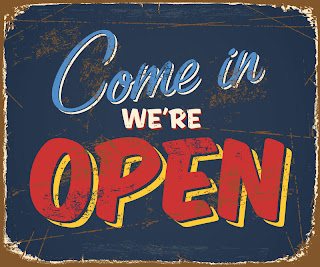 Apologies to anyone who may have had a submission in the in-box.  Please re-send if you did.  All in-boxes have been cleared out.

The magazine is starting afresh.  Please read the submissions guidelines.  Anyone not adhering to them will not get their stories read.

Make us laugh.  Make coffee run out of our nostrils.  Bring it on!
Posted by BJ TITZENGOLF - EDITOR at 15:30 No comments:

Sorry - We're Closed For A While. 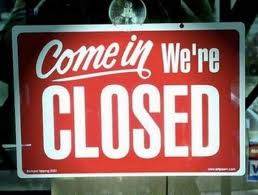 Unfortunately, due to staff shortages and a busy "real life", I'm closing The Laughter Shack for a short time while I decide what to do with it.

Hopefully this will only be a temporary closure........

Anyone with stories that have had no response please feel free to send them elsewhere.