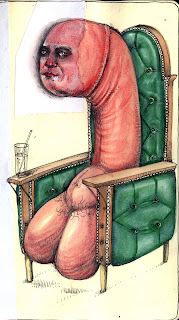 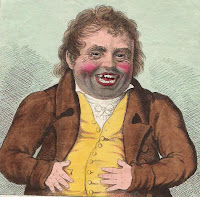 One Wedding, Some Zombies and a Shitload of Funerals by Charlie Wade. 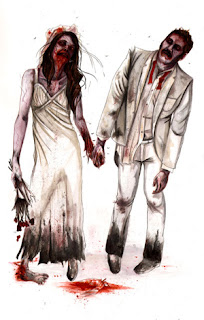 Every girl’s dream. Maxine had been planning it for years. The dress, the entree’s, the seating arrangements. Everything. Planned over and over. Most of it before she’d even met Brad.

And now, the big day. Wasn’t it just typical that the zombie hoard chose this week to walk the earth? She’d spent all morning clearing out the reception venue of shufflers. Broken three nails in the process. Perhaps she should cancel it?

It wasn’t second thoughts about marrying Brad, no way. Problem was: she’d just killed her future father in law and the best man. Who was gonna make the speeches now? It was a mess. Her dad couldn’t give her away either. He was locked in the shed, screaming for brains. She’d tried to end his misery, but he was her dad. How could she do it?

Her mum was undead too. Died two weeks ago, but still sat on the sofa watching The X Factor. Maxine sometimes wondered if there was any difference, but that was just nasty talk. Sure the ironing wasn’t as good, and the cooking hit and miss, but she was still her mum.She placed the tiara over her head. Shame about the hairdresser. At least she’d sorted Maxine’s split ends before the shuffling and scissor prodding got too bad. A roundhouse kick and garroting with her own extensions was not the tip she’d expected to leave her.

Outside she heard moaning. Shit. They were they coming again.

Looking out the window, Brad was shuffling up the driveway. He looked so good in a suit. Real suave. He didn’t look too hot with half his face missing though. Anyway, didn’t he know it was bad luck to see her before the wedding? She picked up her shotgun. Brad’s bad luck was about to get a whole lot worse.


Charlie Wade lives in Derbyshire, England and has written three books he's trying to find a publisher for. He's got six short stories online in the usual places and his story, Pleading and Bleeding, was in Out Of The Gutter Magazine issue 7. He occasionally blogs at http://spiesliesandpies.blogspot.com/

Email ThisBlogThis!Share to TwitterShare to FacebookShare to Pinterest
Labels: Charlie Wade, One Wedding, Some Zombies and a Shitload of Funerals, the laughter shack

“I think it looks pretty great myself. What do you make of it?”

“Don’t you have anything to say about it?”

“What are you looking at?”

“Ha! That’s not her real name you know?”

“Bollocks! OK, say her full name to me.”

“No, well, that's still open to debate, but I’m talking about Mike Oxlong.”

“I don’t particularly want to know about your cock, thank you.”

“You really are a dimwit!”

“I can’t remember her name.”

“That other woman who helps out. She’s foreign, I think.”

“Yes. After telling him what I’d like to do to Joanne, I asked him who the other woman was and he said, ‘Sukma Balsak,’ and walked off.”

Bio: David Barber's writing has appeared on the Internet in mags such as Thrillers, Killers 'n' Chillers, A Twist Of Noir, New Flesh and Blink Ink, to name a few. His stories have appeared and are to appear in anthologies.  He is currently working on a novel and short story collection.  He is the editor of The Flash Fiction Offensive and blogs at David Barber's Fiction World.  The Two Blokes are inspired by boozy nights out and YOU!

We are Accepting Submissions.

Please read the Submission Guidelines before sending your work in.

Original stuff up to 500 words.

Welcome to The Laughter Shack.

Hopefully we'll be showcasing some well written, funny stories of up to 500 words.

Please read the Submission Guidelines page to find out what we're looking for.

The site is still under construction and will be open for submissions as soon as possible.

Looking forward to reading your work.